We need to tackle stigma in healthcare

“Doctors, including psychiatrists, perpetuate the stigma associated with mental illness.” I once heard this from the leader of a prominent mental health advocacy group and I remember feeling incensed at the time. How could they say this? Like my colleagues, I chose to be a psychiatrist to focus on caring for patients who have a mental illness. How could we be accused of stigmatizing mental illness? Then, when I took some time to reflect, I decided he was right.

The stigma about mental illness lives everywhere – within cultures and within families, at work and yes, within the healthcare system. Worst of all, it lives within the mental healthcare system, amongst individuals who should be the greatest advocates for de-stigmatization.

Not that long ago, mental illnesses were commonly viewed as a reflection of personal weakness. Military members with PTSD were sometimes labelled “LMF”- short for ’”low moral fibre.” Historically, people hid their conditions from their friends, communities and employers out of fear of being perceived as unreliable, unstable, unfit, or even scary. Family members were sent away, sometimes locked away, and their children were viewed with pity.

Special awareness days, weeks or months share a common goal: bringing mental illness out of the shadows. Raising awareness is necessary because the stigma associated with mental illness remains powerful and prevalent and still prevents sufferers from reaching out for help. Sadly, and far too often, those who do seek help face stigma within the healthcare system, creating more barriers to accessing quality care.

Many patients have been irreparably harmed by health professionals, from every area of medicine, who are, intentionally or not, uninformed or lack compassion when confronted with a patient struggling with a mental illness.

A few years back, I blogged about my patient who was hospitalized for a medical issue.  While there, she was told by the admitting doctor, someone she’d never met, that she was taking too much medication for her mental illness. She was so frightened by the comment that she stopped taking her medication, resulting in disastrous consequences from which she never recovered.

Many of my patients, friends and colleagues have had similar experiences- a clinician who has no knowledge or understanding of why a treatment was prescribed, without speaking to the prescriber, tells a patient they don’t know that they’re taking too much or too many psychiatric medications.

Worse still, I’ve had psychiatrist colleagues do the same thing. It sometimes takes several years and many treatment trials to find the most effective, tolerable treatment. And yet, with a single glance, they know better?

Stigma harms patients- we need to do better

Stigma in a healthcare context comes from many places. Research by the Mental Health Commission of Canada identified negative attitudes and behaviours, lack of awareness and unconscious biases, therapeutic pessimism, lack of skills, and stigma in healthcare workplace culture as some of the causes.

Mental health awareness training and comprehensive psychoeducation for non-psychiatric clinicians will help to stamp out the myths and biases in mental healthcare, which have been deeply engrained. We must take urgent action to bring accessible, easily implemented evidence-based psychiatric approaches into primary care, to ground the diagnosis and treatment of mental illness in science.

We need our health providers to lead by example and take better care of themselves—and each other. While burnout statistics are alarming, other findings are equally concerning. For example, 59% of physicians indicated that their mental health has worsened since the onset of the pandemic and nearly half (47%) reported low levels of social well-being; their emotional and psychological well-being have also suffered compared to pre-pandemic levels.

The greatest patient advocates should be healthcare providers. More needs to be done to dismantle the stigma that is deeply rooted in healthcare’s culture, institutions, and providers.

This blog post is part of a series looking at the state of our mental healthcare system and ways we can create sustainable change to improve quality and outcomes for anyone impacted by mental illness. 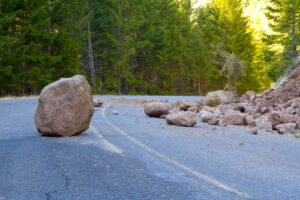 We need a pragmatic approach to mental healthcare access.

Improving access to high-quality mental healthcare needs to include much better support for our primary care practitioners. 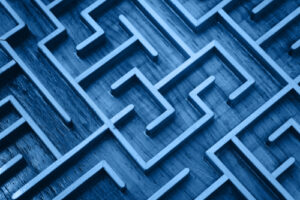 Our mental healthcare system is suffering from a chronic illness.

The root causes of a mental illness are complex, so too are the causes underlying our ailing mental healthcare system. Determined, courageous leadership and bold action are needed.

Please provide your contact information in the form below. It helps if you provide enough detail in your message so we can help. We look forward to hearing from you!

Thank you for your message. We will respond to your email promptly.